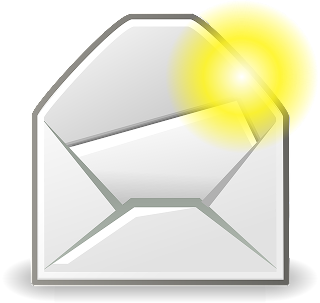 As promised, I am following up on my post-crash gear reviews to detail the responses I got (or didn't get) from the manufacturers.  I made both email and social media attempts to contact Sidi/Motonation, AGV Sport, Bell, and Spidi.  I did not attempt to contact Frank Thomas because they have pulled out of the US market.  Let's start with the items I didn't give purely positive reviews.

The items I panned: 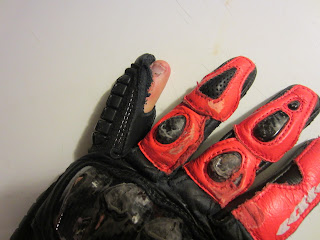 This was the rotten one of the bunch.  Not only did the gloves fail in what I believe is a completely unacceptable way, but Spidi did not respond in any fashion.  If this were a discount bit of kit, I'd dismiss it as "you get what you pay for."  Trouble is, at $299, these were anything but discount gloves.  What a letdown.

I'm planning to look elsewhere to replace these.  I think my first look is going to be at the Held Phantom and Titan models.  They have a stellar reputation for safety and quality, and they have a facility here in North Carolina.  They also do half-sizes...how cool is that?  I may also look at Alpinestars, Knox, and Hazardous.  No more Spidi gloves, or any other gear for me. 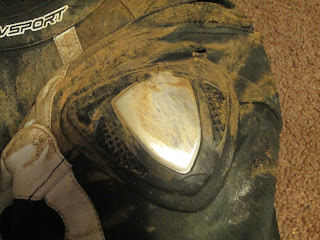 I wasn't happy with the seam failures above the shoulder armor on this jacket.  The fist-size hole above the shoulder seemed a bit much to me.  That being said, AGV's response was one of the best.  I posted my review just before 9:00 PM EDT, and sent my email to AGV shortly thereafter.  I had a personal response in my inbox within 10-15 minutes, from an AGV staff member in Baltimore, MD.  Not only did I receive a response quickly, but it happened off-hours!

The response, and several follow-ups to work out the logistics led to AGV sending me a prepaid UPS label to ship the jacket back to them for inspection.  Several days later, I received a follow up response from another AGV representative stating that they had examined the jacket and it was not defective, that it was simply damaged in the accident.  It, along with all contact from AGV came along with wishes for a speedy recovery.  The last email also included an offer of $100 off a replacement jacket purchase.  I give a huge thumbs-up to AGV's customer service!

While I differ on the conclusion reached, it may be that my expectations were a bit high on what is a mid-priced jacket intended for street riding.  I do think the seam design could be improved in the area where it failed, offering better protection at minimal cost.

As far as replacing my jacket, I am not sure yet what I am going to do.  I'm going to use my one-piece suit for a while so I don't have to make up my mind right away.  I will not  replace this with the same model.  That said, after the response I have received from AGV, I will certainly consider looking into some of their higher-end offerings.

The biggest reason I am holding back from making a decision is that I had plans before the crash to get a custom-tailored set of kangaroo leathers this winter.  I might go with a two-piece so I can comfortably use it on the street in addition to track days.

On to the items that got good reviews: 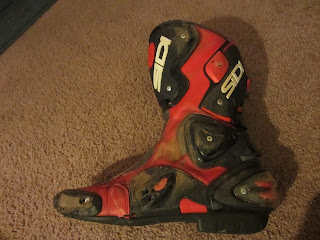 I couldn't be happier with the way my boots protected me.  No injuries whatsoever, and in a pinch I could still even wear the boots.  I won't because I think the damage to the sole/insole probably compromised their protective ability, but they would still be way better than unarmored boots or tennis shoes.  Okay, I'll be honest, I would also prefer not to wear boots that are obviously crashed! :)

Motonation, Sidi's US distributor responded to my Facebook post with thanks and wishes for a speedy recovery.  Nothing exceptional, but nice to be acknowledged.   Given the job the boots did, that's really all I was after anyway.

My next boots will be Sidis, but I'm not sure which model.  I'm torn between sticking with the Vertigo and moving up to the Vortice, their full-on race boot.  I briefly toyed with the idea of going to the Air models that are perforated.  I'm going to stick with the solid leather since the vents do a good job, and I think the perforated boots would be a real bummer in the rain.  I need to find a pair of Vortices to try on, my concern is that they might be a little too restrictive for something that's going to see street use. 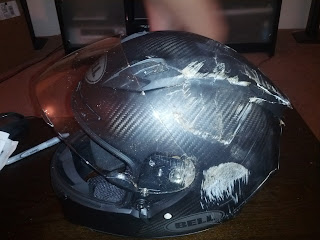 The Bell Star Carbon got the other glowing review.  Not only did the helmet take the biggest hit, but it was also flawless in protecting me.  To top it off, the shield even stayed attached and down, so I didn't end up with a face full of sticks and dirt!  For a helmet to take a hit right where the shield attaches and not lose it is impressive stuff.

I received replies from Bell both on Facebook and via email.  Both were very friendly and personal, and it was clear that the writer of the email had read my review completely.  Both responses expressed concern and hope for a speedy recovery.  They also offered a crash replacement discount if I would send the helmet back.

I sent the helmet back at my expense, and received a phone call the day it was received.  The representative on the phone was very personable and continued the pattern of being interested in my experience with their product as well as my recovery.  She had the helmet at her desk while we were talking.

The crash replacement offer was 20% off and free shipping.  This was about $165 better than I could do from any reputable source, and still about $50 better than I could do on eBay.  I couldn't give her my credit card info fast enough!  I have a brand-new Star Carbon and Transitions shield sitting at home right now.

Service, personality, compassion, rewarding loyalty, and a top-notch product...this is how you get a customer for life!  Something pretty spectacular would have to come out for me to even look elsewhere.


Thanks for reading, and be safe out there!

Email ThisBlogThis!Share to TwitterShare to FacebookShare to Pinterest
Labels: bike

Other SQL Server and Motorcycle Blogs I Read